﻿﻿ IVERMECTIN: REVISITING THE OLD AND VERSATILE DRUG FOR ANIMALS | FACULTY OF VETERINARY MEDICINE

IVERMECTIN: REVISITING THE OLD AND VERSATILE DRUG FOR ANIMALS

Ivermectin (IVM) was first discovered in the late 1970s, during the end of the Vietnam War. Later on, in 1981, the use of Ivermectin in animals was recognised and approved. IVM is a versatile FDA-approved drug from the avermectin (macrocyclic lactones) group which was predominantly developed as a pioneer endectocide by Merck & Co. This mighty drug can be used in both human and veterinary medicine. Various formulations of IVM in the form of tablets, bolus, drench, pour-on, spot-on and injectables are available for livestock and pet animals. As of 31 August 2021, 29 veterinary products possessing IVM as the active ingredient have been registered by the National Pharmaceutical Agency Malaysia. All preparations with IVM require prescriptions by a licensed veterinarian in accordance with the First Schedule of Poisons Act 1952 as it is classified in Group B, Part 1 of the Poison List.

In the recent years, IVM has caught the eyes of veterinarians and drawn a vast market potential for animal health products worldwide due to its alluring characteristics such as safety profile, low adverse effects when prescribed orally and the existence of a variety of formulations for different livestock and domestic pets.

IVM and its analogues are positive allosteric modulators which open the glutamate-chloride (GluCl) ion channels in the membranes of pharyngeal muscles, motor nerve, female reproductive tracts and the excretory/secretory pores of the nematodes. Whereas in insects, IVM binds to the GluCl receptor channels in the muscles and nerves (Vercruysse et al., 2002). This increases cell membrane permeability to Cl ions, which then increases influx of Cl ions. The process, consequently, leads to hyperpolarisation of the nerve cells which stop the generation of nerve impulses in muscles, thus causing paralysis and eventually the death of the parasites (Omura and Crump, 2020).

The nematode parasites are also able to modulate the immune response of the host by releasing a complex mixture of immune modulators which allows the parasites to survive longer in the host. The new theory suggests that the use of IVM as immune modulators will inhibit nematodes’ ability to suppress the host immunity response (Martin et al., 2021).

Ivermectin as an endectocide and many more potential uses in animals

IVM is an extraordinary potent anthelmintic for nematodes but not for cestodes or trematodes, and for ectoparasites against arthropods including lice, mites, screw-worms and others. For example, IVM (in combination with pyrantel) is licensed to be used for gastrointestinal roundworms and heartworm (Dirofilaria immitis) prevention in dogs by aiming at the developing larvae upon transmission from mosquitoes. However, it is not active against the adult stages of D. immitis (Martin et al., 2021). This is because the GluCl channels of adult filaria are less vulnerable to the existing macrocyclic lactones, like IVM. IVM is active during the first 6 weeks of infection against the L3, L4 and juvenile adults.

Furthermore, IVM has an amazing variable range of activities. Recent in vitro studies demonstrated that at concentrations higher than the anthelmintic concentration, IVM exhibited antiviral, antimalarial, antimetabolic and anticancer properties (Martin et al., 2021). In tissue cultures, IVM is capable of inhibiting the RNA virus strains of the foot and mouth disease, namely 0, A and Asia-1 of livestock animals in BHK-21 cell line. The effect shown might be due to the fact that IVM is able to inhibit the importin (IMP) α/β receptor responsible for transmitting viral proteins in the cell nucleus of the host which is required for replication and infection in host (Zahra et al., 2021).

In an experimental study conducted in central Vietnam, IVM was used to treat cattle at the dose of 0.2mg/kg subcutaneously. The treatment hiked the mortality rate of two malaria vectors, namely Anopleles dirus and Anopheles epiroticus (Cramer et al., 2021). This outcome indicates that IVM possesses antimalaria properties against the two vectors found in the Southeast Asia. In addition, the inhibitory effect of IVM on the growth of Babesia and Theileria spp parasites in cell cultures and mouse model was reported by Batiha et al. (2019). The results suggest that IVM has a notable potential to be used as an alternative drug for treating piroplasmosis in animals.

The concentrations needed to produce effects in most tissue culture studies are beyond the plasma concentration observed at the therapeutic doses. Therefore, precaution is enormously warranted before extrapolating the in vitro data from these preliminary experiments. It is particularly crucial for clinical use, owing to the fact that most likely high concentrations IVM could not be achieved in animals. It is pertinent to note that there is still dearth scientific support for the in vivo studies to prove the above-mentioned activities; hence, it warrants further investigations.

While the water may appear to be calm, there may still be some turbulence beneath the surface. There are global concerns over the overuse or misuse of IVM. This may result in the birth of a resistant and tolerant parasitic population of animals and humans (Khan et al., 2020). Nevertheless, mechanisms responsible for IVM resistance are undefined. Not only that, sub-lethal doses of IVM in animals may lead to the development of tolerance against other drugs within the same group.

Generally, IVM has a broad safety margin in most mammals, with acute LD50 toxicities only seen at 30000 mcg/kg in mice (Crump and Omura, 2011) and 80000 mcg/kg in beagles (Bauck et al., 1987). Nonetheless, some dogs such as Collies, are susceptible to neurological effects due to deletion mutation in MDR1, a P-glycoprotein that functions in the BBB (Mealey et al., 2001). The neurotoxic signs include hypersalivation, depression, ataxia, difficulty with vision, coma and death. Th us, extra precaution should be taken when administering IVM to certain dog breed.

When huge overdoses of IVM are administered, it enlarges the opening of GluCl ion channels found in the host animals’ central nervous system, and this produces depressant effects on the central nervous system (Geyer et al., 2012). In addition, IVM and its analogue are also able to modulate other ion channels and target receptors such as glycine receptors and GABA receptors if the BBB is unable to prevent the entry of drugs that are present in the plasma (Shan et al., 2001). IVM at doses of 400 mcg/kg produces neurological signs (such as ataxia, tremors and sedation) in Siamese kittens, and doses as low as 300 mcg/kg have been found to be lethal in kittens. This may be caused by the lack of a fully developed BBB in younger animals which made them more susceptible to IVM toxicity. Dogs are typically sturdier as most dogs tolerate IVM dosages up to 2500 mcg/kg, given orally, before they exhibit any clinical signs of toxicity (Scott, 2009). Retinopathy was observed in dogs that were administered high doses of IVM. They may experience a sudden onset of blindness and/or mydriasis but will recover upon discontinuation of the drug.

Obesity potentiates the disruption of BBB for which P-glycoprotein is a major efflux transporter. This has been reported in obese humans and animals fed with high fat diets (Rhea et al., 2017). When the BBB is impaired, IVM penetration into the brain is increased, causing neurotoxicity through binding to central GABA-gated receptors. The impact of obesity on the disposition of IVM and its analogue (moxidectin and eprinomectin) was documented in a canine model (Bousquet-Melou et al., 2021). Thus, it is suggested that as for IVM and moxidectin, the maintenance doses in the obese animal should be based on lean body weight rather than the total weight. The reason could be simply due to the fact that 99% of a body’s metabolic processes including clearance, takes place in lean tissues. Conversely, the loading dose should be based on the total body weight of obese animals.

Recently, in the light of the Covid-19 pandemic, some individuals have taken matters into their own hands.  Individuals having access to veterinary formulations are considering these formulations for their own off-label use against Covid-19. This has spiked concerns through the roof since it may result in abysmal levels of toxicity as IVM is made of up different formulations and given at different dosages. Moreover, on 10 April 2020, the FDA issued a guidance to discourage the use of IVM intended for animals as treatment for Covid-19 in humans. Therefore, it is imperative to distinguish IVM for humans and IVM for animals as both drugs are created distinctively to produce different effects. In conclusion, IVM for humans and IVM for animals are not intended to be used interchangeably.

Examples of Ivermectin formulations for animals 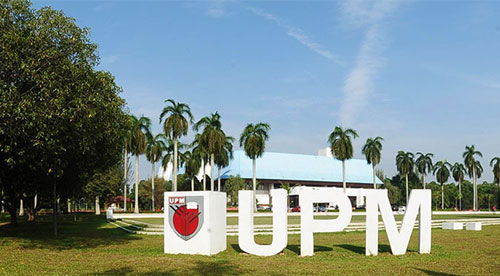 IVERMECTIN: REVISITING THE OLD AND VERSATILE DRUG FOR ANIMALS